One can say diagnostics is half the laser correction, so the precision and accuracy in the diagnostic process are especially important. 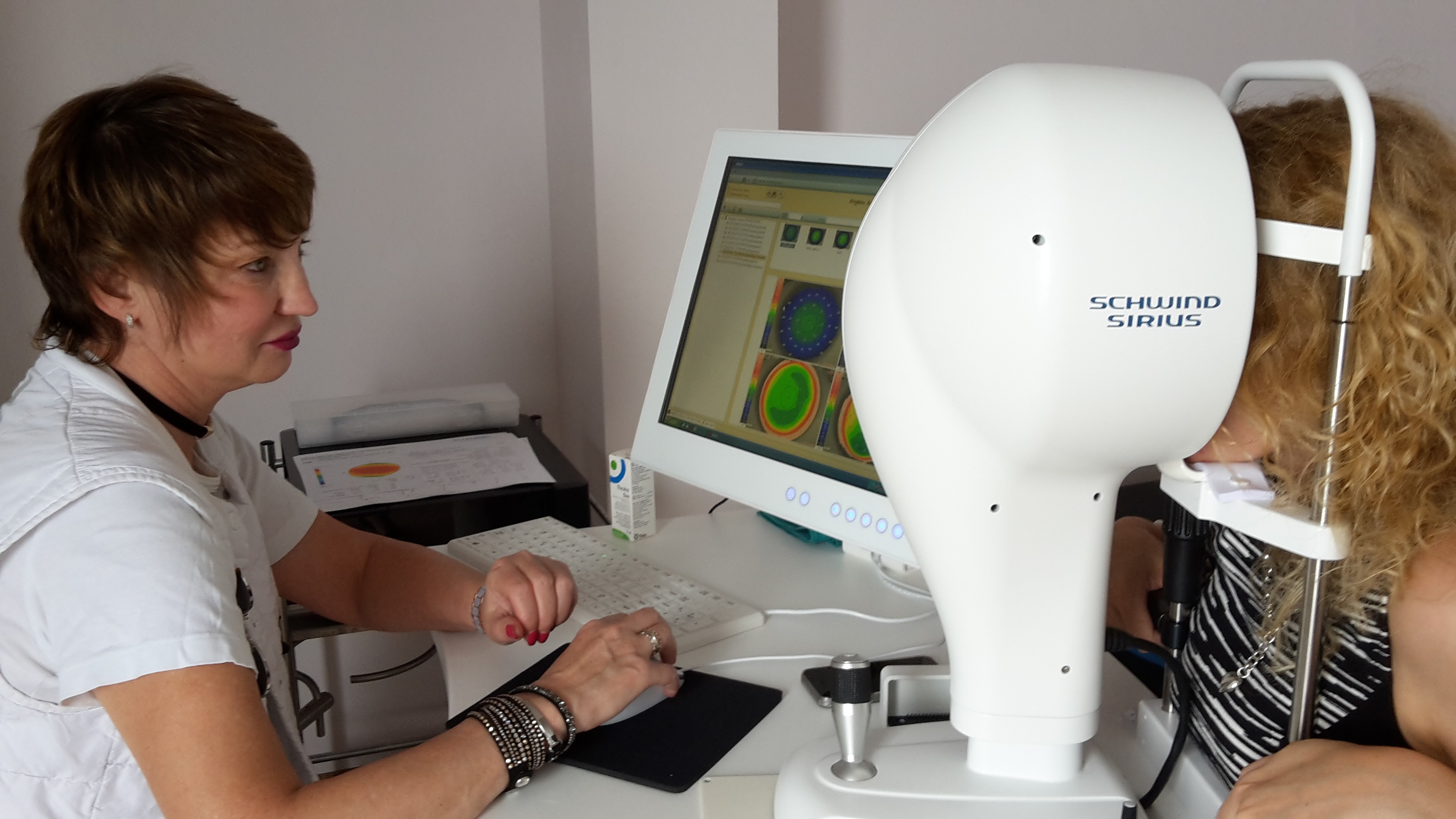 Our highly qualified doctors will examine your eyes with the most modern equipment:

The Schwind Sirius topographer which is the only one in Bulgaria is combined with the innovative Scheimpflug camera. While the equipment used in a standard eye check-up examine 2 to 4 points on the cornea, Sirius analyses data from 37 632 points.

The multifunctional device provides rapid 3D analysis of the entire cornea and anterior eye segment in one step only. The device detects even the smallest irregularities in the anterior corneal surface and provides extremely precise information on the so-called aberrations (deviations of some of the light rays as they pass through the optical system of the eye, resulting in decreased image quality). The no-contact study simultaneously performs:

- a complete analysis of the so-called corneal wavefront data - the Sirius device tracks and outlines the path of the rays entering the eye and along with this it documents the type and size of all existing aberrations (deviations) of the cornea. This analysis is the core of the personalised laser procedures, the so called Advanced Wavefront Custom Procedures;

- topography of the anterior and posterior corneal surface by creating 3D maps of the cornea;

- Screening of keratoconus - one of the most serious diseases of the cornea when it becomes thinner and rises, taking the form of a cone. If not timely treated, the disease can lead to a severe vision decrease. Keratoconus in an advanced state is a contraindication to laser vision correction, so the screening for keratoconus during the review before the correction is of primary importance;

- Pachymetry - the device generates pachymetry maps of the cornea, which show its thickness in its various points. The thickness is critical in laser vision correction;

- Pupillometry - measures pupil diameter depending on the light;

- Can be used for the calculation and determination of intraocular lenses or contact lenses;


WE WILL EXAMINE YOUR EYES WITH:


- Eye Scanner (OCT) - the most advanced eye scanner in the Southeast Bulgaria, which through 3D scanning helps us to detect diseases such as glaucoma, diabetic retinopathy, macular degeneration in their earliest stages;

- Pachymetry - measures corneal thickness. Your doctor will match the data obtained from this device with the data from the pachymetry map generated by the Schwind Sirius device;